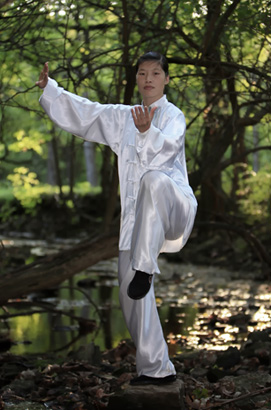 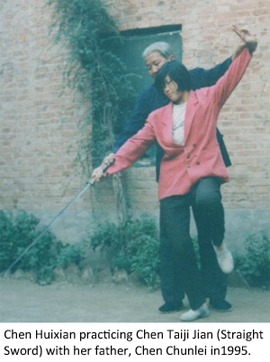 As a youth growing up in Chenjiagou, Chen Huixian attended the Chenjiagou Taijiquan School, training not only under her father but also her uncle, Grandmaster Chen Xiaoxing, (the current Executive Principal of Chenjiagou Taijiquan School and Chairman of the Chenjiagou Chen Style Taijiquan Association). She spent years training alongside other famous 20th-generation Chen family contemporaries, including her cousins Chen Bing, Chen Ziqiang, among others. She also won several Gold Medals for the school in local and national level tournaments and competitions. 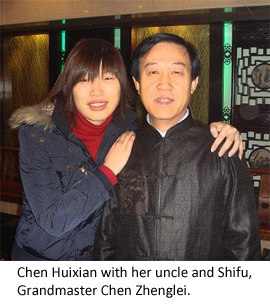 In 1998, she began studying Tai-Chi with her uncle, Grandmaster Chen Zhenglei (one of the famous “Four Buddha Warrior Attendants of Chen Village, and also one of the “Top Ten Martial Arts Masters of Contemporary China”). 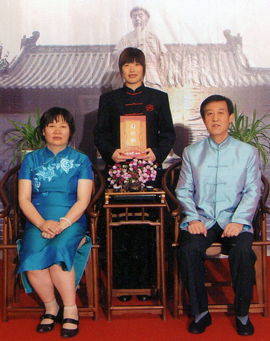 As an "In-Door" Disciple of Chen Zhenglei, Chen Huixian began a deeper study of Taijiquan, including martial art theories and application, combat techniques and gradually formed her own understanding of Tai-Chi development in the world. She began attending numerous competitions throughout China, and has been awarded several medals.

She taught Chen Taijiquan full-time at the Chen Zhenglei Taichi Training Center in Tianjin, China while attending Tianjin Normal University, where she graduated with a B.A. in Physical Education. 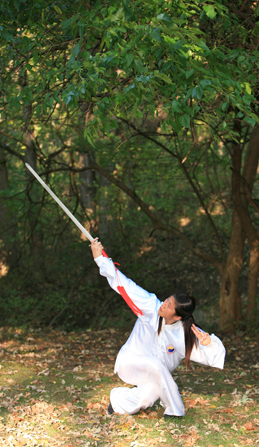 In 2009, Chen Huixian married and an American Chen Taijiquan Instructor, Michael Chritton, and moved from Chen Village to Kansas City to open her own Chen Taijiquan Academy in the U.S. She quickly built a large group of dedicated students and was invited to teach Chen Taijiquan workshops and seminars across the country. She also continued to persevere in her own personal training.

In 2011, after noticing not only her dedication to deeper personal training and her increase in martial Taijiquan skills and ability, but also her success in spreading traditional Chen family Taijiquan in the U.S., Grandmaster Chen Zhenglei raised Chen Huixian to the level of “In-Chamber” disciple (the highest level of discipleship). 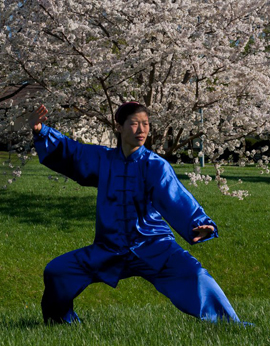 She is Certified as a Fifth Level (Wu Duan) Wushu, Gongfu, and Taijiquan Coach by the Chinese Wushu Association and the Chinese State Physical Culture and Sports Commission. She is also a Certified Senior Level Coach of the Chen Village Taiji Training Center of China.

Master Chen is the President, Founder and Senior Instructor of Chen Huixian Taijiquan, LLC an organization based out of Kansas City for the purpose of spreading the traditional art of Chen Village Taijiquan in the United States.

Accomplishments and Awards Include: 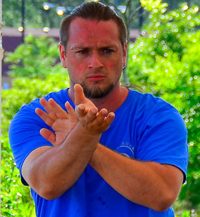 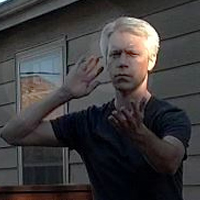 Inspired by his brother's martial arts skills, and looking for something beyond his yoga practice, Aaron began learning Wing Chun, Yang-style taijiquan, and a few other Chinese martial styles around 2003. A few years later he saw a Chen taijiquan masters demonstration on an old VHS tape, and was immediately impressed with the beauty of the Chen taiji system. Unable to find a Chen teacher, he continued to study other styles until the summer of 2009, when a friend alerted him to Chen Huixian's Taijiquan Academy.

Since 2009 Aaron has proven himself to be a truly dedicated student of Chen-family Taijiquan. Traveling 20 - 30 minutes from Lawrence once or twice a week for over 7 years, Aaron rarely misses a class. In addition to Laojia Yilu and Erlu forms, Aaron has also become an accomplished Chen Taiji Weapons practitioner, learning Taiji Straight Sword, Sabre, Spear, and Guan Dao forms.

In addition to training and assisting with instruction in Chen Huixian's Taijiquan classes, Aaron Crim also teaches Chen Taijiquan classes in Lawrence, Kansas with the full support of his teacher.