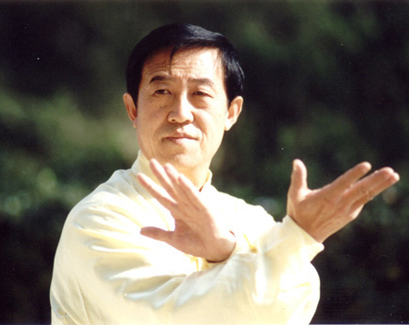 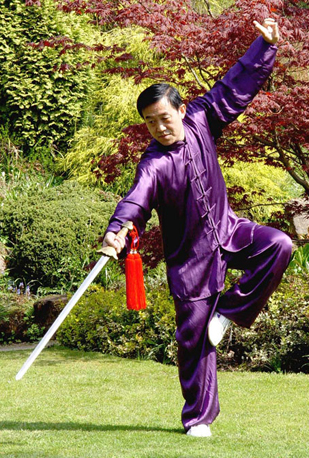 Since he was 8 years old, Grandmaster Chen Zhenglei followed his uncle Chen Zhaopi in practicing Taijiquan handed down from the older generation of Chen family, including push-hands, and Tai Chi Weapons such as saber, spear, sword, cudgel etc. He also studied Taiji theories very intently. (Chen Zhaopi was a famous Taijiquan Master in his time, former honorary professor of Nan Jing Central Wushu Institution, National Senior referee and was selected as committee member of the National Wushu Association in 1964). After his uncle died from disease in 1972, Chen Zhenglei continued to pursue advanced studies from another of his uncles, Chen Zhaokui, who was also a famous Taijiquan Grand Master in his time.

Grand Master Chen Zhenglei specializes in the theories and skills of Taijiquan and push-hands, which were handed down by his Grandfather’s brother Chen Fake. He was taught by his two Grand Master uncles’ personal examples as well as their verbal instruction for over 20 years.

Since childhood, Grand Master Chen was orphaned, helpless and repeatedly encountered various hardships. He saw Taijiquan as his life sustenance and future hope. So he devoted himself into practicing Taijiquan for over 10 years and never stopped. His skills were exceptional and his knowledge and understanding of Tai Chi theory was vast even in Chen Village because he enjoyed exceptional advantages of his two uncles. 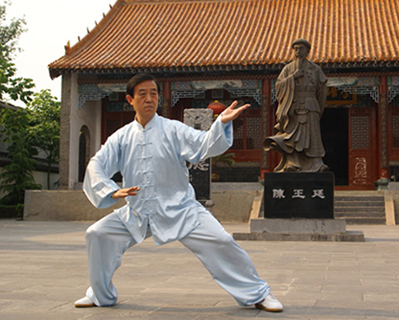 From 1974 to 1987, he has not only won over 10 Provincial Competitions Gold medals consecutively in Pushing Hand, Tai Chi Sword and Taijiquan Martial Arts Competition, but also successfully defended his title as Grand Champion of Taijiquan in two consecutive National Taijiquan Competitions. He was given the titles of "Excellent Performance", "Golden Lion" and is well known as a “Tai Chi Buddha Warrior” in China as well as overseas.

Over the pass thirty-four years, Grand Master Chen has cultivated more than 40,000 students in China and overseas. His students have won over thousands of Gold medals in Provincial, National and International Martial Arts competitions.

From 1981, out of admiration, foreigners came to learn Taijiquan under Grand Master Chen. Since 1983, he has been invited to teach and give lectures on Taijiquan in Japan, USA, UK, France, Italy as well as over 20 other countries around the world. He was invited to act as the consultant, the honorary chairman, the president, etc. by over hundreds of Wushu societies and organizations all over the world. Taiwan Wushu circles have presented him pennants and praised that his skill have reached the peak of perfection. Malaysia Martial Arts circles presented him the Silver Plate and praised that he was the Mountain Tai-shan and Big Dipper in Taijiquan. 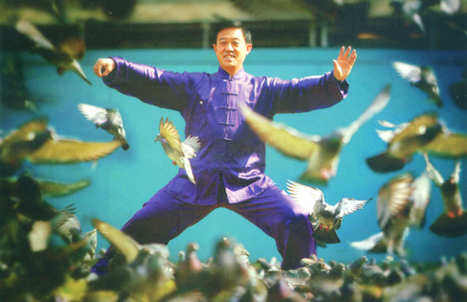 In 1986, Grandmaster Chen was selected as a member of the standing committee of the Chinese People’s Political Consultative Conference. In 1988, he was selected as Deputy to the National People’s Congress, the Headmaster of Chen Village Taijiquan School, and the Head of the Taijiquan and Shaolin research institute. In 1994, he was elected as International Taijiquan Grandmaster. In December 1995, he was selected as one of “Top Ten Martial Arts Maters of Present Day” in China. He was listed in the authoritative lexicographical works: China Contemporary Education Celebrities Dictionary, China Present Martial Arts Masters, and Contemporary reform elites. 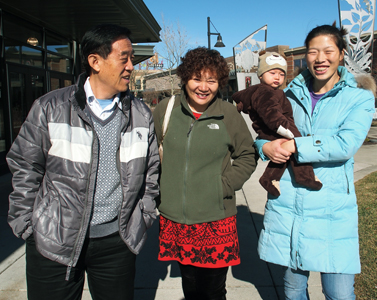 Chen Huixian is Grand Master Chen Zhenglei’s niece. When her father, Grand Master Chen Chunlei passed away in 1998, Chen Zhenglei took it upon himself to continue his niece’s Taijiquan training. In 2003, after 5 years of intense training, she became her uncle’s Official Disciple and began a deeper study of the art of Tai-Chi, including martial theories, training methods and combat techniques.

In 2011, Grand Master Chen Zhenglei honored Chen Huixian by making her one of his “In-Chamber” Disciples (“In-Chamber” is the highest of the three levels of Discipleship).